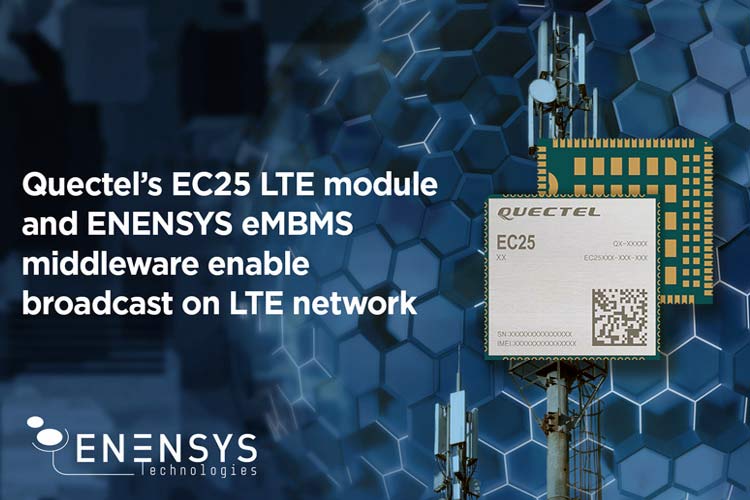 Quectel has announced that their company is working with ENENSYS to integrate its CubeAgent Mobile middleware to enable broadcast on LTE network by adding eMBMS feature on the receivers. The eMBMS support greater bandwidth for improved user experience in terms of more channels and smoother multimedia content. Besides, eMBMS can deliver significant cost efficiencies to providers that deliver high bandwidth content such as video and audio to multiple users on LTE networks at the same time.

This move will open up huge new opportunities for broadcast network providers with the integrated features that the LTE modules and the ENENSYS middleware enable. Integration of the ENENSYS CubeAgent into Quectel's EC25 LTE module family supports eMBMS features and the solution is already in use.

ENENSYS Telecom Market Director, Bartolo Scanavino said that “the videos have experienced explosive growth on the mobile network in the past few years. Due to this adopting eMBMS for the delivery of Live Video as well as software updates has become important for service providers to improve the quality of experience for their subscribers”.