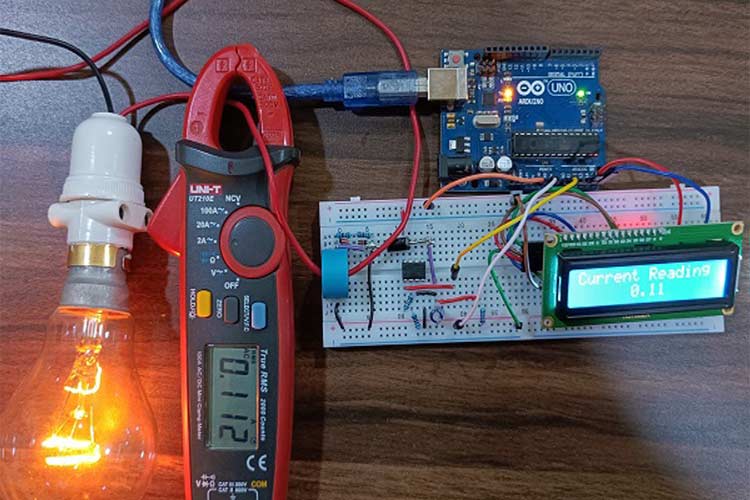 Smart power monitoring is getting increasingly popular to improve energy efficiency in medium/small scale industries, multi-story buildings, etc. We have previously built a smart energy meter which can measure power and report usage online. While this type of system is popularly used in energy meters, another most commonly available technique to measure current is by using a current transformer (CT). CT can detect and measure AC current in machines and other AC appliances to monitor the current consumption and thus the health of machine or AC appliance.

The fire incidents that occur due to short circuit causes lot of damage to assets and people. According to the Chief Fire Officer of Mumbai city, short circuits has caused 80% of Mumbai fires over the past three years. By measuring the AC current in real time, the damage caused by short circuit can be prevented by detecting the short circuit immediately. AC current measurement is also very useful in industrial automation and for metering and protection of the system. It is also used for power quality analysis and energy management system.

Current Transformer (CT) is a current measuring device used to safely reproduce a low-level current that accurately represents a higher current level for the purpose of metering or protection. CTs are closed loop instruments consisting of a magnetic core and a secondary winding around the core. For this tutorial, we will be using the HWCT-5A/5mA current transformer which is shown below. 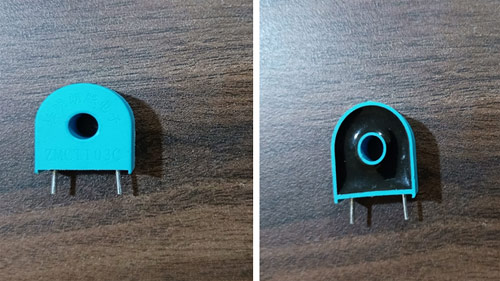 How does a Current Transformer Work?

According to Faradays Ampere law, “If a magnetic field is integrated around a close loop of wire, the value of that integral is equal to the net current enclosed by the loop”. 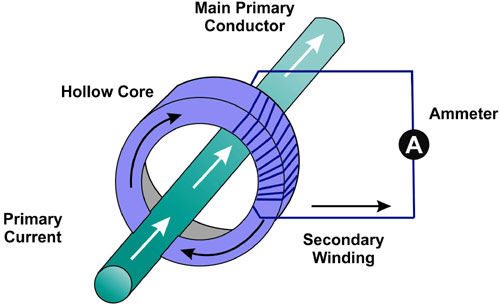 CT is a type of a transformer so, it must satisfy the amp-turn ratio equation.

Is = Current in secondary winding

If the current ratio for given CT is 5A:5mA , then

The following components required for performing this project-

The below schematic shows the block diagram for current measurement using the current transformer.

The below schematic shows the Circuit diagram for current measurement using the current transformer. 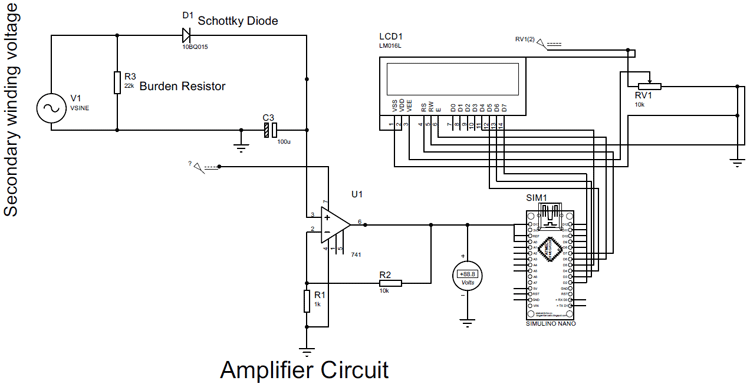 We have used AC voltage source as a Secondary winding voltage in above circuit diagram. This is how Rectifier and amplifier circuit looks like in breadboard.

How does Current Measurement Circuit Work?

Due to the AC current in the primary winding, AC voltage is induced in the secondary winding as well. Now to convert this AC voltage into DC voltage, it is sent to half wave rectifier, half wave rectifier is forward biased in positive half cycle and reverse biased in negative half cycle. In figure, Vi is input sine wave pulse and Vo is output sine wave pulse. 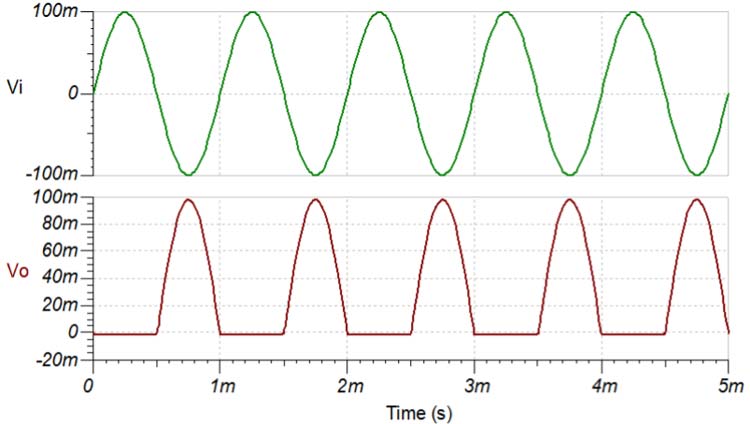 An electrolytic Capacitor is added to the output of the have wave rectifier to receive only the DC voltage. This capacitor only forwards the DC voltage in the circuit. The output voltage that is obtained from the rectifier circuit is in very less magnitude, so we use amplifier. we have used non inverting operational amplifier with 10k and 1k feedback resistor value.

As we know output of non-inverting operational amplifier is:

After putting all the values in equation we got

11 is close-loop gain for this op-amp. Now, the amplified output voltage is sent to the Arduino, after that, the value of the primary winding current is received in the LCD screen.

The complete code is given at the end of this document. Here, we are explaining some important parts of the arduino code.

The output of the operational amplifier is an analog voltage value, this analog value is converted into digital value through inbuilt ADC in arduino. The ADC presents on arduino is a 10 bit ADC. It can detect 1024 discrete analog levels. ADC converts analog voltage value into ADC reading using below formula.

The same formula written above is used to print the voltage value in the serial monitor.

The above formula is used to print the voltage value in the serial monitor.

To convert voltage into current, divide by a constant 10.680, which comes from circuit calculations.

As the voltage is varied from the Auto transformer, the value of the current in the primary winding changes, which we measure with a digital multimeter.

Change in the value of the primary winding current is also visible in the LCD screen. As we can see in the image below, the actual current value and measured current value is almost same. 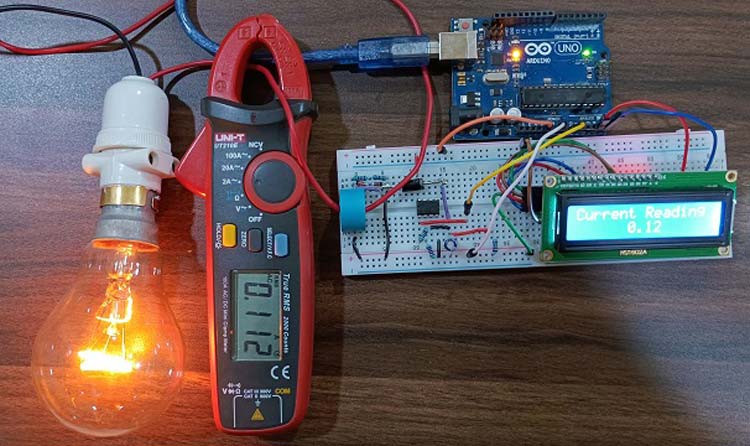 Measuring a smaller value (less than 0.2 A) of current shows a fluctuation in measured current value at second decimal place. This happens because of the very small value of AC current but if we measure a large value (more than 0.5A) of current, then fluctuation does not appear. Here, we used metal film resistor but we can get more accurate results by using precision metal film resistor.

Hi. Very nice project and explanation.
Do U think your circuit will measure correctly not full sinus, but half like in some heat gun when they work on half speed? And what will happen if someone reverse the live wire direction?

sir
**To convert voltage into current, divide by a constant 10.680, which comes from circuit calculations.
Value = Voltage/10.680;**
from where we get this constant u have mentioned that ckt calculation... will u please eloborate /...

I have this same question…