IoT with Blockchain - Use Cases and Applications 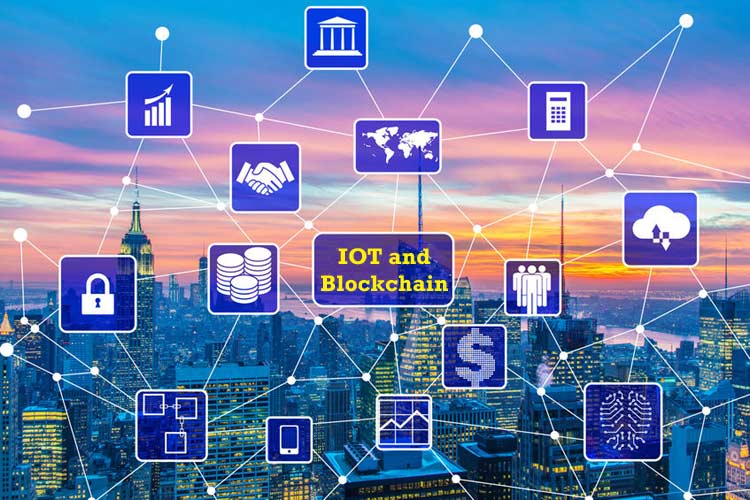 The use of IoT is giving rise to smart living, smart factories, smart vehicles, smart homes, and smart farming. Every industry wants to reap from the advantages that arise from the use of IoT technology. Almost every person now owns a smart device. All this shows that the number of IoT devices is on the rise. There will be so many devices collecting sending, receiving, and processing data, and it comes at very high costs of storage and processing power.

The use of Blockchain with IoT could be the solution to the IoT problems. Blockchain involves storing data in a distributed ledger stored in several devices connected in Peer-to-Peer networks. This data is incorruptible as no device can change it. With blockchain, it will be easier to track billions of IoT devices, allow distributed processing and coordination. The decentralized approach provided by blockchain will eliminate single points of failure, which is an issue with the current centralized approach, the cloud, used by IoT. Blockchain employs cryptographic algorithms that would help secure private data collected by IoT devices.

Use cases of IoT and Blockchain 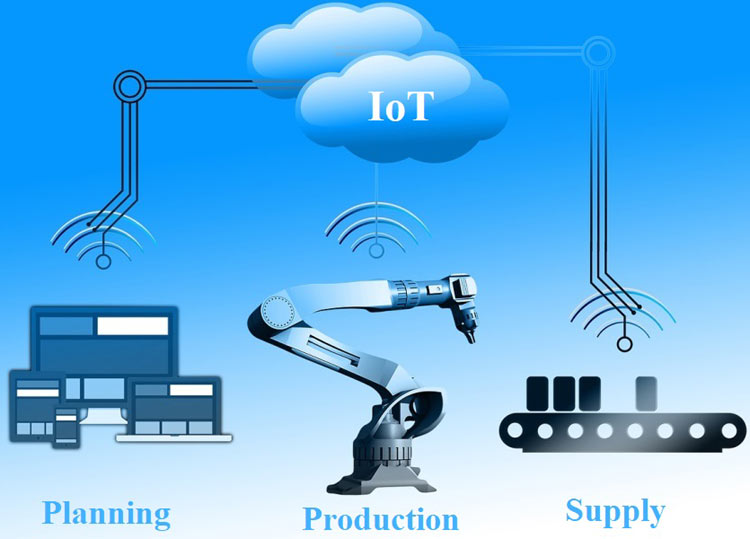 The supply and logistics industry is the backbone of other industries as it involves transportation and storage of raw materials and finished products. However, the industry faces some key challenges, such as too much paperwork, lack of control over shipping, and lengthy payment settlement cycles.

IoT and blockchain can be used to solve most of these challenges. IoT and Blockchain can be used to collect and store data regarding the temperatures, the locations, times of departure and arrival, and the status of the containers during shipping. The immutable blockchains ensure that all the participants in the process can access data that they can trust. This would facilitate the fast and efficient movements of goods and products.

Ambrosus, for instance, is a blockchain-powered IoT network for facilitating supply and logistics in the food and pharmaceutical enterprises. The system enables secure and frictionless communication among sensors, distributed ledgers, and databases to improve the visibility of goods in the supply chain and enhance quality assurance. 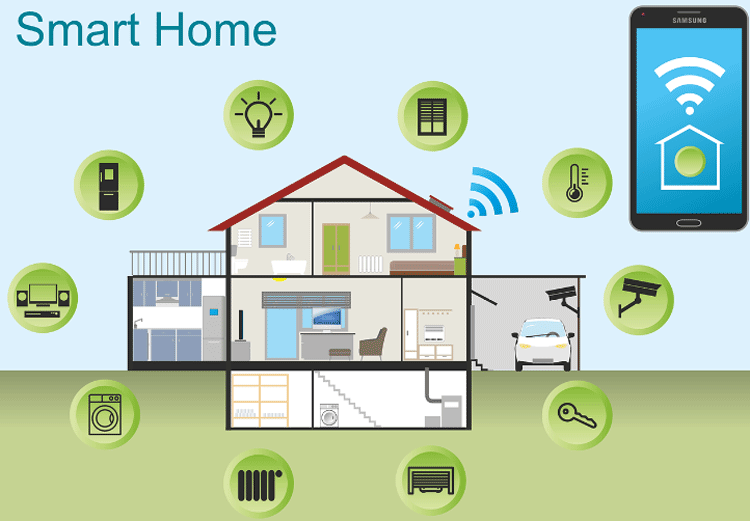 Every day smart devices, appliances, and buildings that interconnect over the internet are being built. Instead of having all the data the smart devices collect, on centralized storage such as the cloud, it is possible to store it in a blockchain. With blockchain, the integrity and security of data are guaranteed. The data can be used for other purposes, such as reducing energy consumption without tying the data to the specific device or owner. The cryptographic keys are used to hide the identity from the data, while still maintaining the authenticity of data.

The automotive industry adopted IoT and now are combining it with blockchain to reap most benefits. IoT and blockchain have been used in the tracking of vehicle parts and vehicles in the supply chain. The data collected includes the name of the manufacturer, date of manufacturing, and location, among others. The data is captured using IoT sensors and stored in blockchain-based ledgers, which are transparent and immutable. The stakeholders, manufacturer, service center, and the customers can track and verify information about the parts.

The vehicle manufactures, using IoT and blockchain technology, are able to identify cars that have faulty parts and recall them or issue service bulletins. This way, they reduce the cost of recalls. The IoT and blockchain solution is able to trace the recall status.

German automotive manufacturer, Volkswagen, is exploring the capabilities of the two digital technologies on the IOTA platform. The IoT and blockChain are used in authenticating mileage for a lease return and remote software updates. Other uses include payment processing and reducing counterfeits and fraud in the bill of lading.

Implementing IoT and blockchain in the insurance industry is going to be very transformative. IoT devices such as fitness wearables collect data regarding the user’s diet, activity, heart rate, and blood pressure, among other vital signs. The data is stored in private blockchains, where it is secured and cannot be changed. With the data, the health insurance company can assess the health of their clients and determine which premiums to give.

Smart homes` have monitoring systems such as surveillance cameras and smart locks, which increase security and reduce the tendencies of break-ins. That reduces the number of claims made from burglary cases. Additionally, the insurance companies can access the data stored in the blockchain to verify claims and reduce instances of fraudulent claims.

Telematics –based insurance, where premium rates are influenced by the customer’s driving frequency and behavior, relies on sensors fitted in the car to collect data. The data is used to determine ‘good driver’ rates. With data stored on the blockchain, its integrity is assured. The insurance companies use the data to determine the rates for different customers based on their driving habits.

IoT has already proven beneficial in energy and building management. When IoT is combined with blockchain, devices can upload real-time data and offer surplus energy to the grid and thus reducing wastage.

In Brooklyn, the convergence of IoT and blockchain has been used to improve energy efficiency. Neighbors are connected through microgrids where they buy and sell solar power to each other. The grids have smart meters that communicate with each other through a peer-to-peer network and form a blockchain to allow for these transactions.

The convergence of IoT and blockchain is bringing along many benefits to the industries and our lives. With the expected increase in IoT devices by 2022, the world will be dependent on their connectivity. Blockchain offers a distributed communication and storage model, which solves most of the current IoT problems such as data security and high costs. The adoption of these two technologies has been embraced in various industries, although the adoption is still on the low. When the industries continue to realize the benefits of IoT and blockchain, we expect the adoption rates to increase.