Getting Started with ESP32: Program ESP32 using Arduino IDE to Blink an LED

ESP32 is the successor of popular ESP8266 Wi-Fi module, with many advanced features such as - dual core 32-bit CPU with built-in Wi-Fi and dual-mode Bluetooth with sufficient amount of 30 I/O pins. It is capable of functioning reliably in industrial environments, with operating temperature ranging from –40°C to +125°C. It has a wide variety of peripherals available like capacitive touch, ADCs, DACs, UART, SPI, I2C, etc. In addition to that, it also has built-in hall effect sensor and built-in temperature sensor.

ESP32 can be programmed directly from the Arduino IDE which makes it easy to work for the large community of arduino developers. Here in this ESP32 getting started tutorial, we will configure ESP32 in Arduino IDE and program it to Blink an LED. So, let’s get started with the ESP32 development board.

Before we actually get started with ESP32 programming, lets first check the specifications of ESP32. As mentioned earlier, it has a dual-core processor which means it has two processors. The ESP32 will run on breakout boards and modules from 160MHz up to 240MHz that is very good speed for anything that requires a microcontroller with connectivity options. 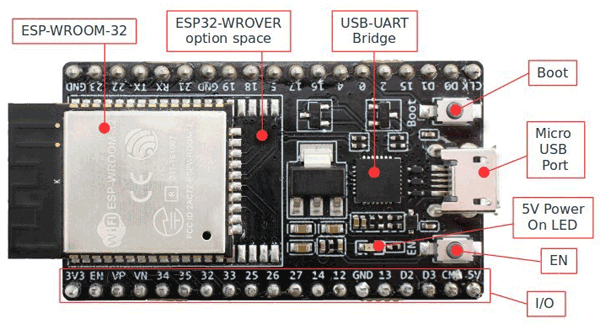 As you can see the processor used in ESP32 is ESP-WROOM-32 which is 32bit microprocessor. The below picture shows the schematics diagram of ESP32: 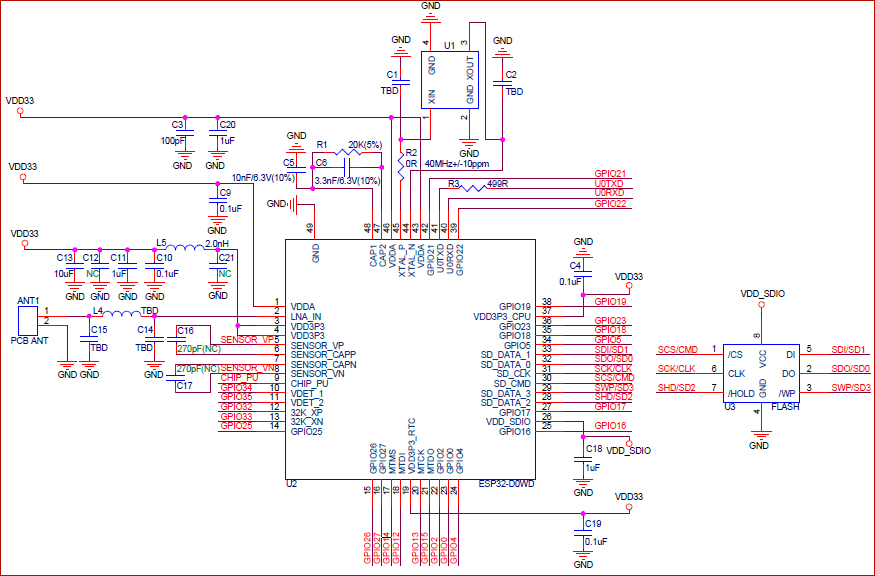 Any basic ESP32 circuit design can be divided in Eight major sections:

It has a couple of buttons and LEDs which are explained below: 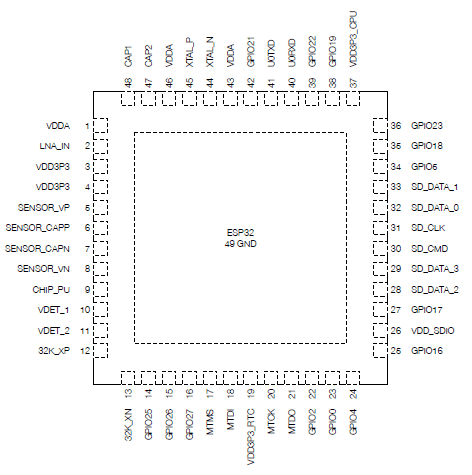 For more details about pin description you can refer ESP32 datasheet.

USB-UART Bridge:- The USB to UART Bridge Controller is a fully integrated USB to UART controller that provides USB connectivity to devices with a UART interface.

Step 1: First you need to download and install Arduino IDE software which you can download from https://www.arduino.cc/en/Main/Software for free. If you have already installed Arduino IDE in your PC then make sure that it is the latest version of IDE as older version doesn’t include ESP32 board.

Step 2: After installing, open IDE and go to Files -> Preferences and open preference window and see the “Additional Boards Manager URL’s” as: 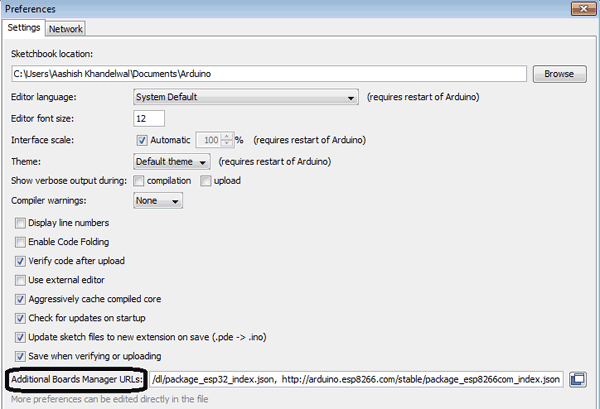 Step 3: This box maybe empty or contain some other URL if you have used it previously for ESP8266. You just have to paste below URL into this box if the box contains already another URL then paste it by separating another URL using comma(,).

Step 4: After pasting the given URL my window looks like this as I already used ESP82666, Now press OK and the window will disappear. 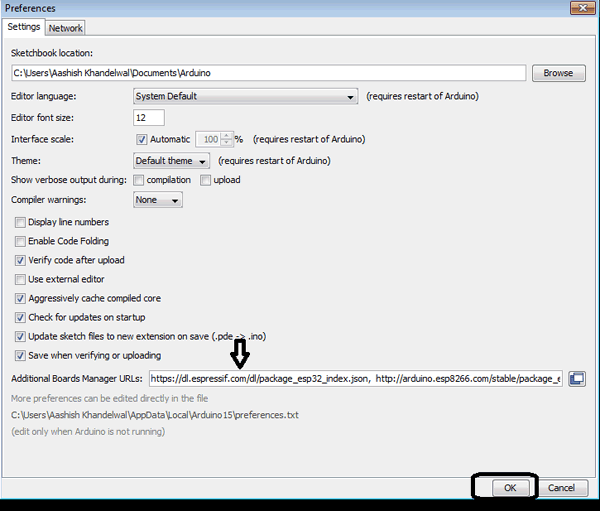 Step 5: Now go to Tools-> Board-> Board Manager and search for ESP32 and press install, it will take some time to install make sure that you have internet connection while installing after installing your window looks like this: 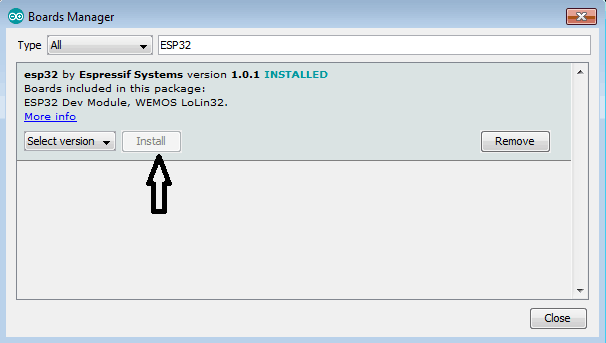 After this, close the window of board manager and your Arduino IDE is ready to program ESP32.

Step 1: First of all, connect your ESP32 to your computer using micro-USB cable, make sure that Red LED goes high after connecting it with PC.

Step 2: Now you have to select your board so go to Tools-> Boards and select “ESP32 Dev Module”. 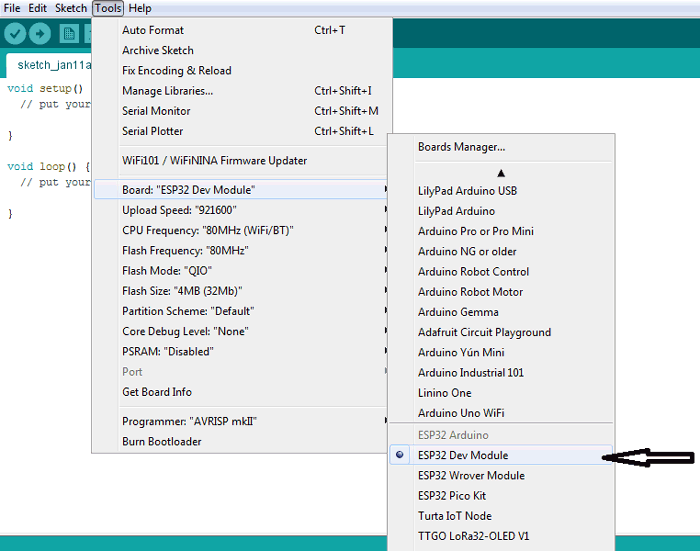 Step 3: Now open device manager and check to which com port ESP32 is connected. Here, my ESP is connected to port6. 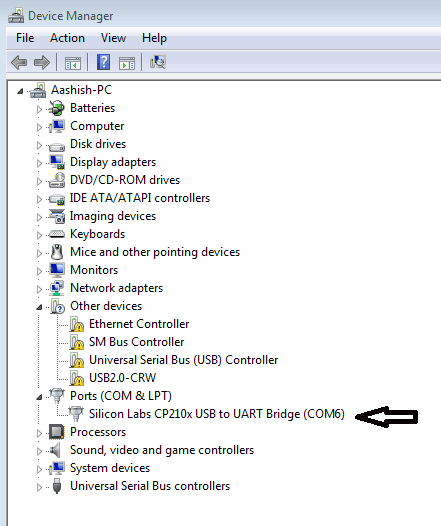 In ESP32 the internal LED is connected to pin no. 2 so I define that pin of ESP to high or low. This code make LED blink at every 1 second you can change the interval by changing the delay.

Step 5: To upload the code in ESP32 click on upload button: 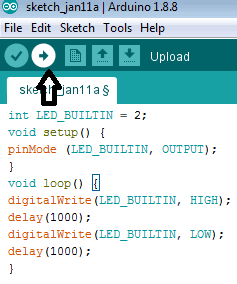 After uploading the code you will see window like this and finds “Done uploading” if everything you do earlier was correct: 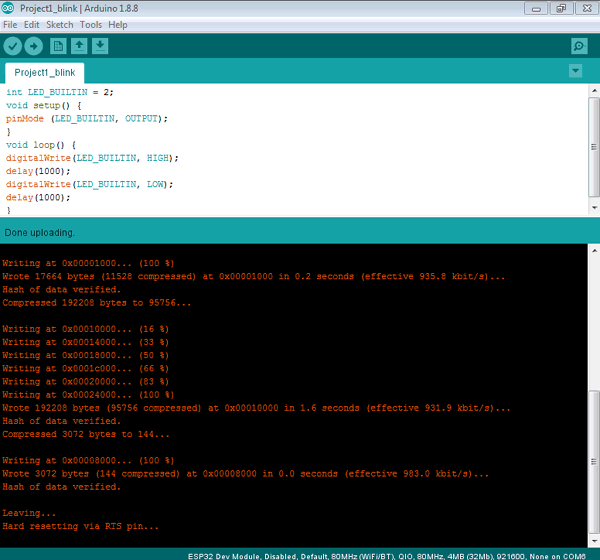 Now see your ESP module and you will find that a LED of your module is blinking at an interval of 1 second. You can also connect LED externally with ESP32 in that case you have to just change that pin number to which you are connecting the LED.

After going through the above steps in a proper manner, you can blink LED using ESP32, so here I am showing you some pictures to demonstrate how it is working: 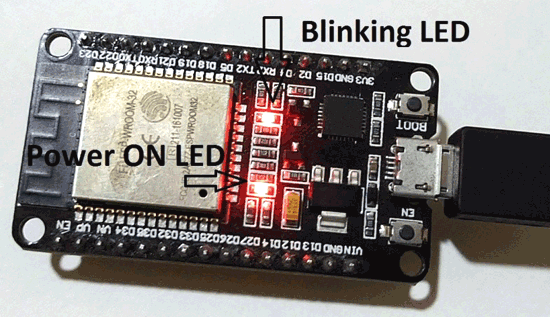 This is how we can successfully blink LED using ESP32 with Arduino IDE. Complete code is given below. You can also connect external LED with some GPIO pin of ESP32, just change the pin no. in the code. 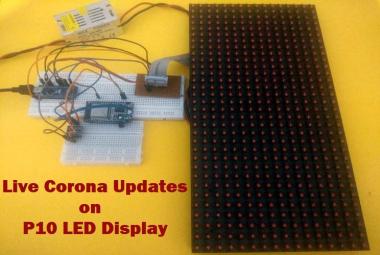 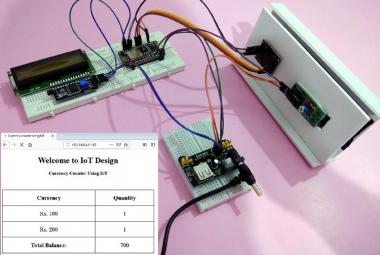 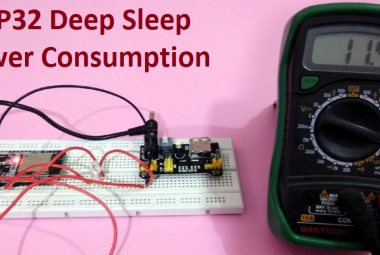 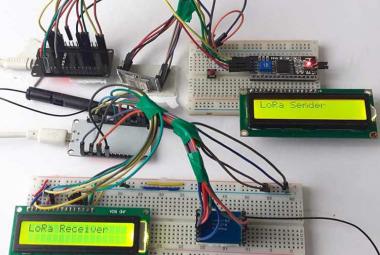 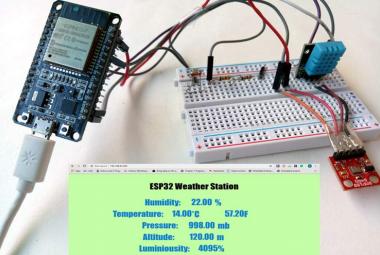 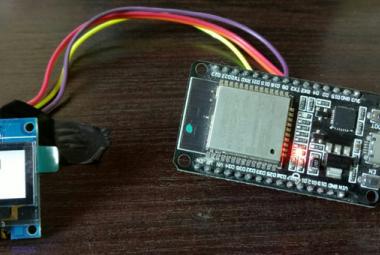